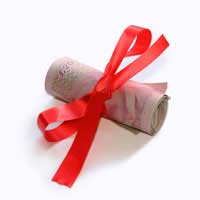 City bonuses have continued to dominate newspaper headlines over the last few months. The recent announcement from RBS, declaring their intention to keep paying high bonuses to their top employees, has been met with confusion and anger from most people.

Many think it grossly unfair for bankers to continue to be rewarded for an unprecedented level of failure that has seen many companies forced to be part-nationalised and seek emergency funding from the government. How can banks and other financial institutions justify paying such big bonuses to keep their staff happy?

While they were making big profits, the bonus structures of banks raised few eyebrows. UK bankers are believed to have shared out over £30 billion in bonuses in the last four years alone. In 2007, companies based in the City and Canary Wharf paid out almost £9 billion in bonuses during 2007, even as the details of the credit crunch were starting to unfold. So how did we reach such excessive bonus levels?

A Culture Built on Short-Term Success

Many economists and business analysts have been blaming the City bonus culture as the primary cause of the Credit Crunch. They accuse bankers of taking unnecessary risks in order to boost short-term company profits, instead of taking a more long-term approach.

A prominent Swiss banking giant admitted recently that their highest investment managers were being paid bonuses relating to the amount of gross revenue they brought into the company, not actual profit. In layman terms, this means that even if the money they brought in was then taken back out again (because of falling share prices or poor management), they were still being paid on the amount brought in.

In effect, the managers could earn big bonuses by taking short-cuts and were not encouraged to think about the long term security of their clients’ money.

The Argument for Big Bonuses

Banks have countered accusations of overpaying bonuses by claiming that to deny their employees a bonus this year would be unfair, because many areas of their business have still been profitable, and most of the employees responsible for the large losses built up have already left the company.

Financial institutions have also been pointing out that if they did not pay large bonuses to their staff, they would risk losing valuable employees to rival companies who would be willing to keep paying the level of bonuses that they are used to. There’s no point some firms restructuring their bonus schemes of other companies continue to pay a higher rate.

How Will the Bonus Culture Change?

One of the main ways the bonus culture will evolve in future will be for bankers to be paid less cash and more in company shares and other company performance-related schemes.

Some bankers will find their bonuses being set aside into deferred share schemes, which mean that they might have to wait up to three years before they can get their hands on their bonus, or be refused a bonus if performance has not been to a high enough standard over the period

The theory is that being paid in deferred shares will help to align the interests of bank employees with those of shareholders and the company itself. If their money is tied up in the long-term success of the company, they will not want to take on any short-term risk that could see them ending up with no bonus.

However, there are many of these deferred schemes already operating within the main investment firms already, and there is no evidence to suggest that if there were more in place the credit crunch could have been averted.

A Back to Basics Approach to Bonuses?

A further point to consider would be whether banks have been too willing to pay bonuses to everyone in recent years, with bonuses set within specified limits that have effectively become part of the salary package. After all, is it a ‘bonus’ if you are expecting it as standard?

If the UK financial services sector is going to become a respected part of British society again, they may have to rethink how they pay their staff, offering bonuses only for outstanding performance, and stop rewarding employees simply for turning up to work each day.

Are You Right for a Corporate Investment Career

Qualifications Needed for a Career in Investments