Home > Finance Career Basics > What Will the Financial Industry Look Like in 10 Years' Time?

What Will the Financial Industry Look Like in 10 Years' Time? 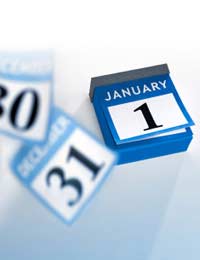 Billions of pounds wiped out by the credit crunch, banks collapsing and forced to beg the government for cash, the financial industry which has for so long been the lifeblood of the UK economy, is in desperate shape. But how will the industry look in 10 years’ time?

At the time of writing, there is a global recession underway, and the downturn is expected to continue well into 2010.

In the UK, unemployment has been rising sharply over the past few months, and in January 2009 had reached 6.1%, the highest level in over twenty years.

Companies in every industry and every sector are continuing to tighten their belts, and the rate of companies being declared bankrupt has increased by 124% in the last three months.

The downturn is being experienced more keenly within the financial services industry, and perhaps rightly. After all the mistakes made by the banking sector in particular have been the dominant factor in turning a regular economic downturn into a once in a century event.

The failure of the financial industry will have some severe implications for all of us over the next decade and beyond.

The Demise of Credit

In the future, we may look back on our current way of banking as a quaint period of madness. Banks will no longer offer mortgages worth 125% of the value of a property to customers, and they will not send out pre-approved credit card applications to customers who already owe thousands of pounds of personal debt.

Both in the UK and the US, financial institutions built up an industry based on credit, where money was loaned to people who couldn’t pay it back and used to trade investments that had no intrinsic value.

This money will eventually all have to be repaid, and this means that every one of us will in future have to get used to living within our means, without resorting to credit to fund our lifestyles. Living standards over the next decade are expected to decline as a result.

There’s a good chance that in 2019, the UK banking sector could be wholly run by the Government. If that sounds outlandish, think about how much the Government has already invested in the sector, and the likelihood of it getting this money back anytime soon.

In the past eight months, the British taxpayer has been forced to effectively underwrite most of the business conducted by the banking sector, taking over ownership of Northern Rock and Bradford & Bingley, as well as pouring significant amounts into HBOS/Lloyds and RBS. The sum spent so far has been well over £600 billion, and this is expected to increase to more than £1,000 billion.

The reason we cannot put a cap on the amount being spent is because to date, the efforts made to restore the banking sector to something approaching equilibrium simply have not worked. Last March the share price of RBS stood at 547p. In February 2008, after the Government has paid in more than £20 billion, the share price has fallen to just 24p.

The Government will need to decide in future the best way to safeguard the banking industry. If confidence in the banks themselves does not come, it may have no choice but to take over ownership of the sector. This could lead to far fewer jobs available, as banks move away from being a profit-chasing, highly geared industry, and instead become part of the Civil Service.

For investors, the financial industry might look quite different in ten years time, with far fewer investment vehicles available, from a smaller number of competitors.

Hedge funds in particular have suffered a torrid time during the downturn, with several funds failing and hedge fund companies going bust (such as the two high-profile Bear Stearns funds that collapsed in Autumn last year).

To add to the misery, the fraudulent investment guru Bernie Madoff damaged the reputation of the industry even further, when it was revealed that he had been cheating his investors by operating a pyramid scheme instead of a true investment fund.

In 2019, the investment industry will have to face tighter regulation that will make that type of fraudulent behaviour a thing of the past. Investors will have a more restricted range of products to choose from that will not be allowed to market themselves as ‘high performance, high fees’ vehicles.

A More Equal Society for All?

One thing that will become clear over the next few years, as the world struggles out of recession, will be the importance of learning from mistakes and revising the capitalist model that brought us into the downturn in the first place.

The relationship between companies and government will have to change drastically in the future and there will be a greater emphasis on companies and employees to be accountable for their actions, without relying on the state to pay for their greed and mistakes.

The expectation is that in 2019, the world will be less dependent on credit and pursuit of short-term profit – at the expense of others - and instead will favour a less divisive, more inclusive structure where we can all prosper.

The Smart Way to Negotiate a Job Offer

How to Handle Behavioural Interview Questions

Is it Really Worth Taking an MSc in Finance?